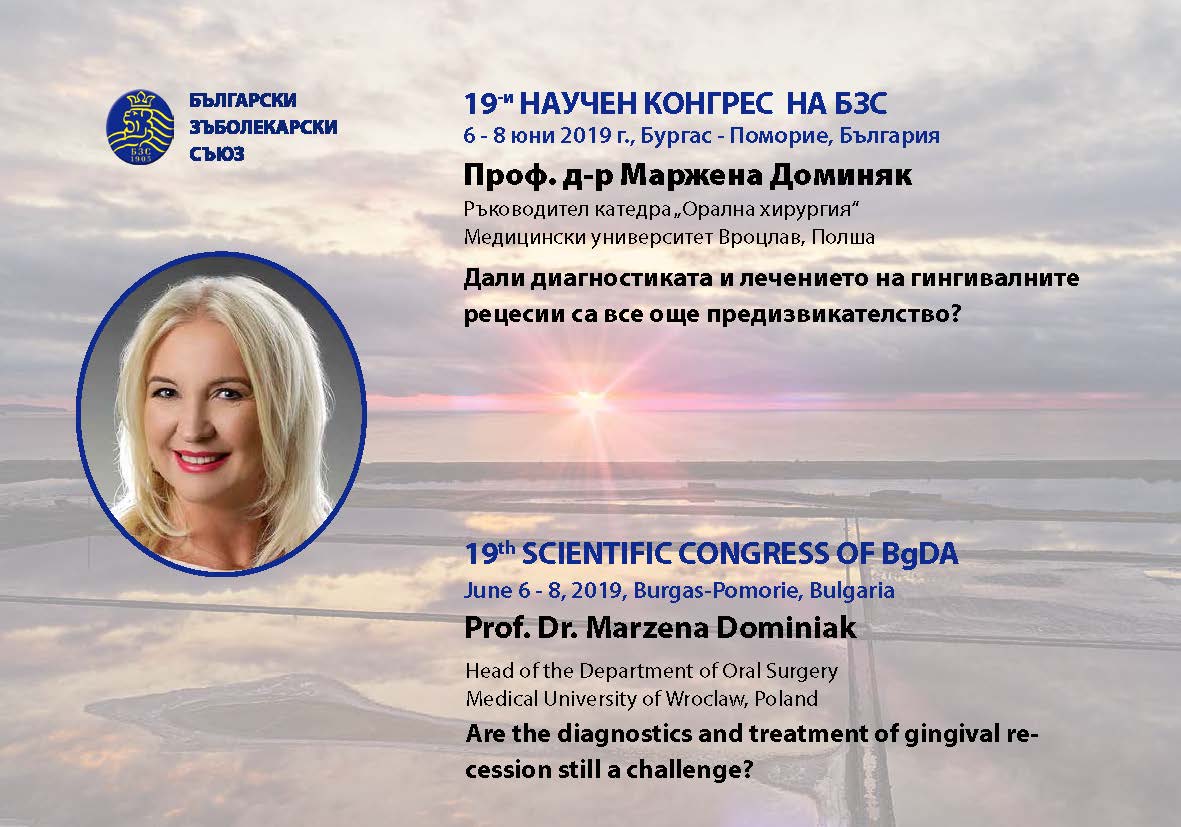 The author of more than 200 full-text publications, book chapters and / or abstracts published in journals in Polish, English and German languages. The editor and / or co-editor of 6 books in Polish and English and head and / or co-author of a total of 40 research projects, including one of the EU, and 12 within international research projects supported by Camlog Foundation®, Osteology Foundation®, Osteohealth Company® and others. Author of 4 patents and patents application on methods of estimation and bone and soft tissue regeneration.

She gave more than 350 lectures in English and Polish languages.

Additionally, she is the winner of numerous national ant international awards like: DGZI Implant Dentistry Award-2010, 2016, Camlog Foundation® Award, FDI Award 2016, 2017, Dentsplay International Award and others. She was also awarded the title of “Platinum Elite” for her contribution in the field of implantology and periodontology by the American organization for approximately 600 doctors from around the world in a calendar year.

For many years has run a private dental practice called Duo-med. It has been awarded the title of “Best in Poland”, “Good Interior” and in 2014 as the owner of the clinic she received the prestigious title of Ambassadors of Women Entrepreneurship.

She ia also a member of prestigous International College of Dentists (ICD) and Pierre Fouchard.